A great comeback for Canadian rapper Chris Greenwood aka Manafest. 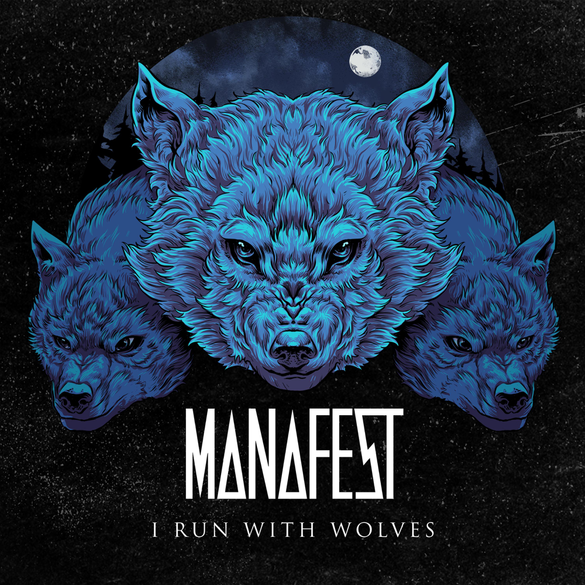 Twelve track album I Run With Wolves was much needed for Manafest at this time. Most people woul consider Manafest 'dead' after his last album, Stones. But he is back with a powerful raw rock 12 tracks, and they do not dissapoint. First up in the album comes Dead Man, which gives a good view on what the album will be like. However, it breaks down before lazily leading into the powerful, confidence boosted self-titled track. Although not the first released one, it is the lead single. In fact, Light it Up was the first one to be released back in 2020. Forever follows the title track. This song lacks creativity. Luckily, Ups and Downs saves this. Ups and Downs consists of well-written lyrics and a catchy chorus. The next two tracks, Gravity Falls [feat. Trevor McNevan] and Nemisis [feat. Sonny Sandoval] are the two best tracks on the album. They are both extremely catchy and the guest singer spots are incredible.

The album then goes from it's highest point to it's lowest point. Break the Habit and especially Brain Dead consist of lackluster lyrics and forgetteble melodies. Save You is a highlight, pairing up with Canadian rockers Redlight King with this one, and it is fun track all the way through. Doomsday is one for the fans of strange rock, and Blackout is another highlight. Sam Tinnesz steals the spotlight on this one. Sadly, this one could of been a great closer instead of Light it Up. Light it Up  is probably the only track I would say that the album would be better off without. That being said however, this is still a great album, and the people who listen to it will undoubtedly be pleased.