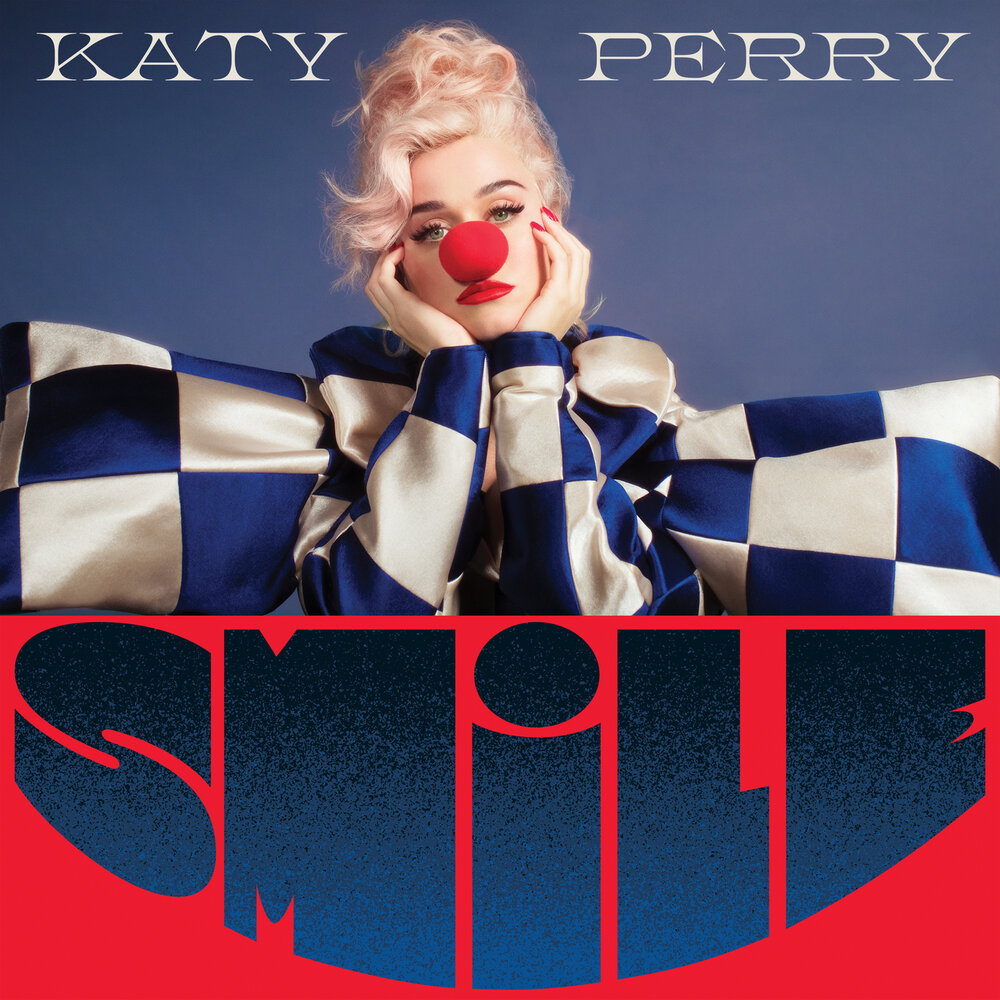 "Smile" is Katy Perry's first solo album in three years and a glittering salute to her passions for fashion and 80s synth. A new project from Perry's new role as the young mother, this great record reinforces her international-pop-icon status and coincides with an imminent fasion debut as designer. In fact, it's amazing that she manages to combine all these roles successfully.

10 years have passed since the release of the monumental bestseller "Teenage Dream", which went down in history as the record with the greatest number of hits from one album. Hits from him: "Firework", "E.T.", "Teenage Dream", have become immortal classics. They still play on the radio, in films, at parties. For this reason, it is simply indecent to deny the success of such a colossal album.

On the new album, Perry does not play the old games. She offers listeners unique, carefully selected material that demonstrates the underside of show business. She called this album "Smile", meaning "to hold her head proudly and smile at all difficulties. This is the sound of a strong woman who steadfastly holds her position.

On the explosive opening track of her fresh album, the singer belts: "Just because it's over doesn't mean it's really over." She's got that right. It is a magnificent slab of electro disco with a kick ass attitude reminiscent of Carly Rae Jepsen and The Who. This track has drive, charisma and incredible tenacity.

"Teary Eyes", produced by the ubiquitous Andrew Goldstein, is just as infectious with groovy beats from poolside sorrow night. The resulting tune is disco gold, impossibly memorable and very easy to dance to. Perry perkily enters the territory of young players, like Dua Lipa, but does not get lost against the background of starlets.

In "Tucked", a pop icon tells us, "Don't hide what's important to you." It seems like another motivational anthem, but no. The singer plunges us into the abyss of passion and eroticism, and it looks playful, flirty, without excessive vulgarity.

In "Harleys in Hawaii", an American singer develops the theme of a romantic getaway between two lovers. For her, it is not only the action that is important, but also what follows these interactions. Tenderness, glance, passionate hearts. This is not like the previous hits of the singer, in which she forcefully asks for a "peacock".

Perry herself stated that her early hits did not reflect her artistic nature. And judging by the deafening soft ballad "Never Worn White", we believe it. This is a fantasy number, under which you will brush off a tear at the dance of youth. Celine Dion has to fear she didn't get such a hit in the spirit of the Titanic. This is possibly one of the best vocal performances of the American pop icon's career.

There’s also an issue with the music. It’s catchy, it’s energetic, and it makes you move – all plusses in my book. That said, I don’t know if I’ve ever heard a record that sounds so much like everything else. She's found herself artistically on "Smile".